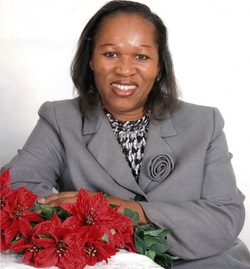 In the mid-1990s, Annie Crudup-Ward Lowery's life seemed to be progressing according to plan as she and her late husband, Willie, were realizing their dream of building an activity center to provide much-needed services for the youth of Scott County.

Living in Pennsylvania at the time and driving to Mississippi every month to check on the construction project, Mrs. Lowery's plans were short-lived when her husband died. Nevertheless, assisted by her oldest son, Curtis Ward, who received his degree in finance from Xavier University, the Crudup-Ward Activity Center opened in November 1996, offering child care services, after school and summer programs, senior citizens programs, a food pantry, Certified Community Housing Development Organization services and more.

The oldest of twelve children born to A.B. Crudup and Catherine Crudup of Pulaski, Mississippi, Mrs. Lowery earned a business administration degree from Alcorn State University, and after marrying Willie, moved to Moscow, Idaho, where she was hired as an accountant for Washington State University.

Later, Mrs. Lowery moved to Boise, Idaho, where she worked for Idaho First National Bank and eventually earned a diploma in banking from the University of Wisconsin and continued her studies at the graduate level at Widener University.

Additionally, supported by her husband, Roy; sons, Steven and Andrae; and two grandsons, Mrs. Lowery remains active in every facet of her community, serving on the advisory board for the Scott County Times, Third New Hope District Congress, National Association of Colored Women's Club's East Central Federated Unit, Oder of Eastern Stars, and a life member of the NAACP and much more.